All the world’s a stage – the rise of immersive theatre

Do you remember your first theatre experience? For many it would have been the annual Christmas panto. Little did any of us know that whilst we were being encouraged to interact with boos and hisses at the panto villain and shouts of “he’s behind you”, we were actually taking part in a form of immersive theatre. 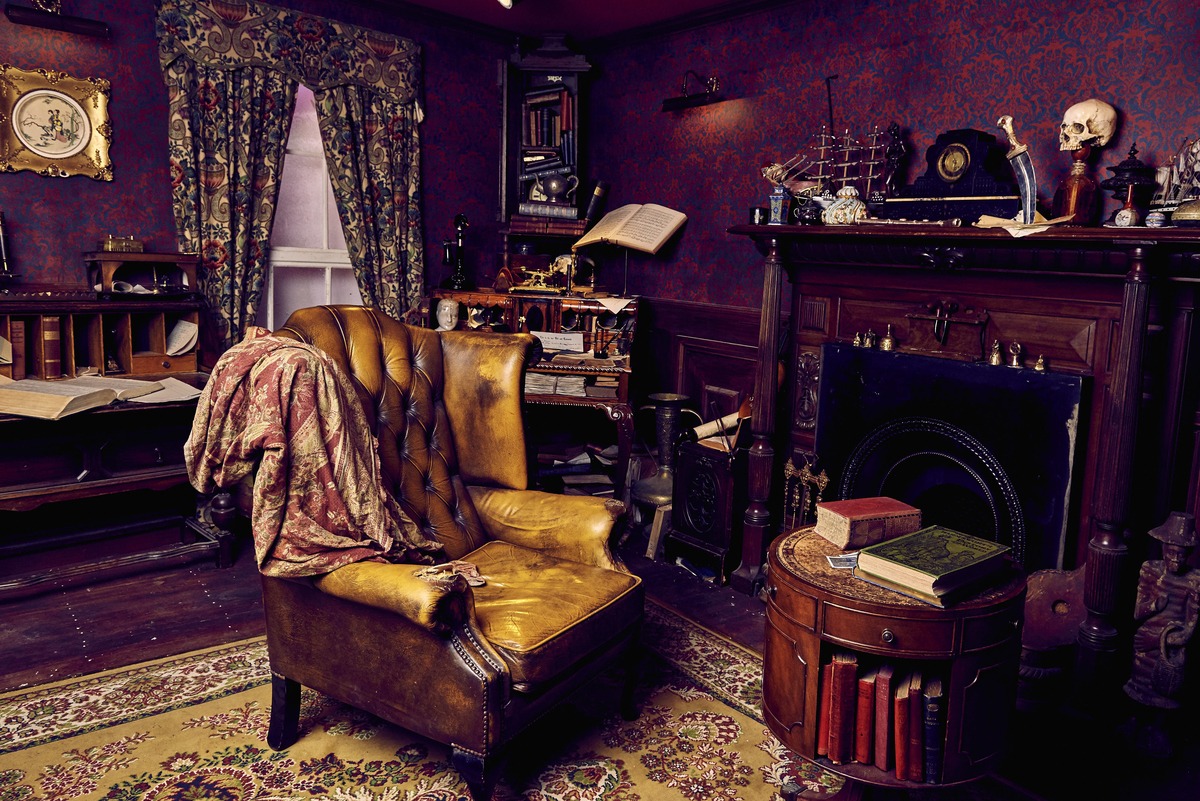 Immerse yourself in the world of Sherlock Holmes at The Game’s Afoot
Copyright: © Mikael Buck / Madame Tussauds

According to performing arts centre The Space, early examples of this theatre dated from the 19th Century with call-and-response participation which even the more traditional proscenium theatres adopted for their productions. Murder mystery theatres and haunted houses too put their audiences into an environment and allowed them choice in how they viewed the story. The lines between performance and playground make-believe were starting to merge. In 1985, Tony Award-winning musical ‘The Mystery of Edwin Drood’ had their Broadway audience voting on who killed the main character which in turn led to one of seven possible endings. British theatre company Punch-drunk are generally credited as pioneering immersive theatre in the 2000s – a form of promenade theatre which is defined by the audience being able to choose what to watch and where to go. Their 1930’s film noir adaptation of ‘Macbeth’ entitled ‘Sleep No More’ achieved worldwide fame for the genre both here and over the pond in New York.

The scene in London is flourishing with plenty to choose from. A recent all-night production of ‘Macbeth’ took place in a block of flats. ‘Leviathan’, a production of Moby Dick had the audience standing in for the crew of the ship chasing the whale. As Lynn Gardner wrote in The Guardian “The rise of immersive theatre undoubtedly reflects an interest from audiences … in experiencing theatre in a different way, one that allows them to be part of the story and feel as if they have dropped down a rabbit hole into another world like Alice.”

Perhaps that is the essence of its popularity – more than just the proximity to actors or feeling involved. If you’ve a stressful job (who doesn’t!), being transported into another world – even for a couple of hours is refreshingly therapeutic. Tom Salamon, writer and director of immersive theatre ‘Goosebumps Alive’ told Gizmodo UK “so much of entertainment is passive, and happens at you—film, theatre, music—people began to look for ways to place themselves in the middle of the action.” And immersive theatre certainly does this extremely well – you’ve got not choice – whether you like it or not you’re part of the story, simply sitting back as a passive member of the audience is a no-no.

So what’s your experience of this enthralling theatre trend? Did you catch Stella Artois’s immersive theatre experience to coincide with Wimbledon? If not, this autumn Dinner at The Twits, an interactive theatrical dining experience, will celebrate 100 years since the birth of Roald Dahl in Waterloo Vaults. You’ve also got a chance to pit your wits and solve the crime with Madame Tussauds launching their own fully immersive theatrical detective experience The Game’s Afoot from the 18th July 2016. So no excuses, get your deerstalker on and get yourself immersed!

To make your immersive theatre experience extra special, why not incorporate a drinks reception and Party at Madame Tussauds? Corporate packages are now available for The Games Afoot, to enquire please contact us.