I recently heard London being referred to as ‘Never Never Land’, and it’s actually not a bad description. Whether you have only just moved to the culture capital or have been here for years, you will most likely agree that London has on offer just about any experience or event you can imagine!

In recent years, museums and tourist attractions have widened their offering to include late night events, aimed at the cooler London crowd who have avoided the ‘general admission’ as best they can. Londoners like to attend these exclusive events, share in a new experience, grab some fresh snapchat content and have a sneaky drink in places that usually only sell overpriced sparkling water!

To help you find a new experience in Never Never Land that is worth staying up for, we’ve compiled a list of ten of the best LATES experiences London has to offer. Enjoy!

Shrek’s Adventure! London LATES – A special after hours tour to Far Far Away, a jaw dropping 4D bus ride with Donkey, cocktail on arrival, a shot in the Poison Apple Pub, plus plenty of photo opportunities with DreamWorks characters from Madagascar, Kung Fu Panda and How to train your dragon 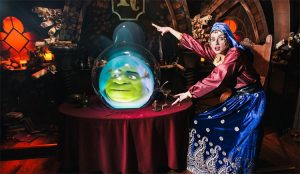 ZSL London Zoo Safari in the City – VIP after hours safari cocktails and canapes by twilight, talks by conservation experts along with animals such as Gorilla’s, Elephants and Hippos.

Madame Tussauds Fashionably LATE – Exclusive access to one of London’s top attractions, cocktail on arrival, chance to discover which wax figures wear the world’s top designers, which stars which have donated the ‘look’ for their likeness and how some of the most iconic film costumes have been recreated. 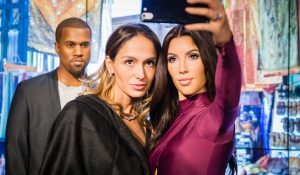 Kidzania Adult Nights – The children-only city opens for adults after hours, where you can try out potential new careers in their roleplaying games. Including a welcome drink and fully stocked bars.

Late at Tate – Check out an amazing mix of artworks, have a drink and a bite to eat at these free entry events.

With all of these fantastic out of hours events do you agree it’s better LATE than never to visit London’s tourist hotspots?