The London Dungeon is the home of Halloween! 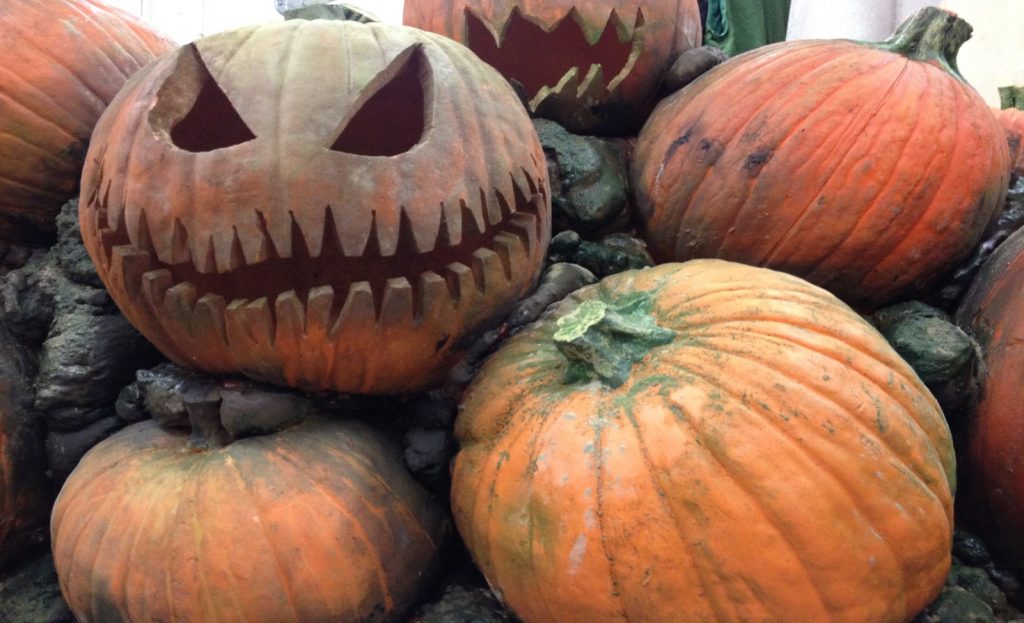 How many people are in your team?
There are officially 3 members of our team; Pam, Verity and myself. However during the run up to Halloween we always have a fair few freelancers and helpers, a bit like Santa’s little helpers. Displays little helpers! 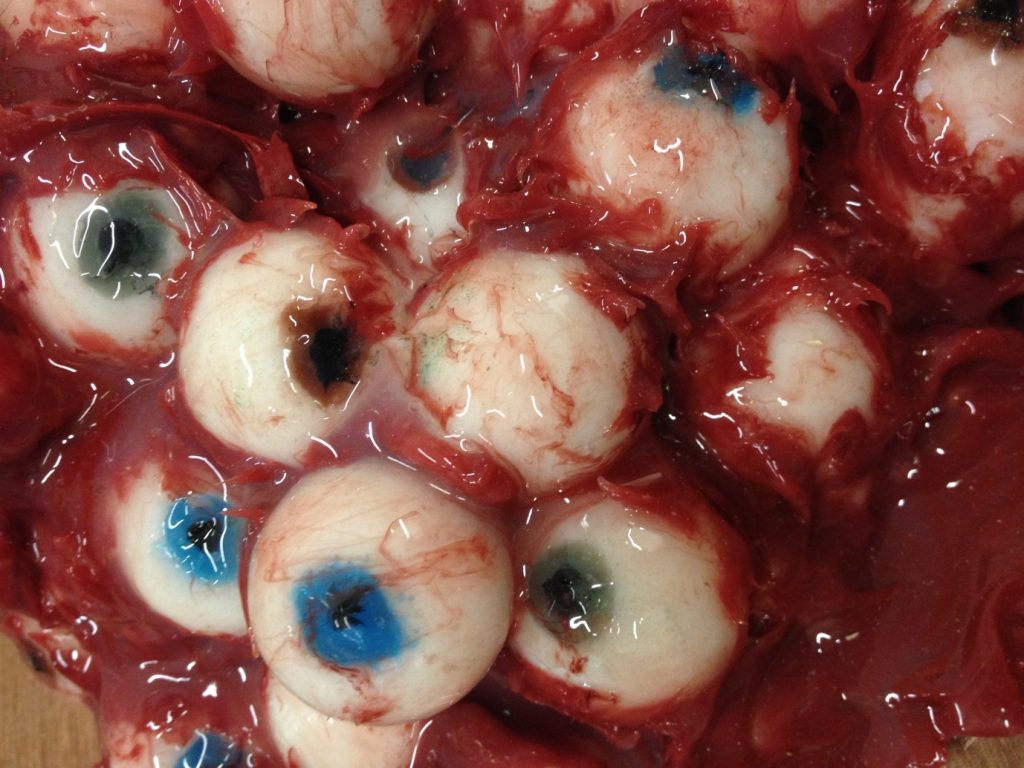 How long does it take to make the London Dungeon ‘Halloween’?
We did two long night shifts to get the Halloween install completed which totals to 28 hours! The set was completed by 9.30am on the opening day, as staff were arriving for their normal day shifts.

Wow! What gets you through those long hours? 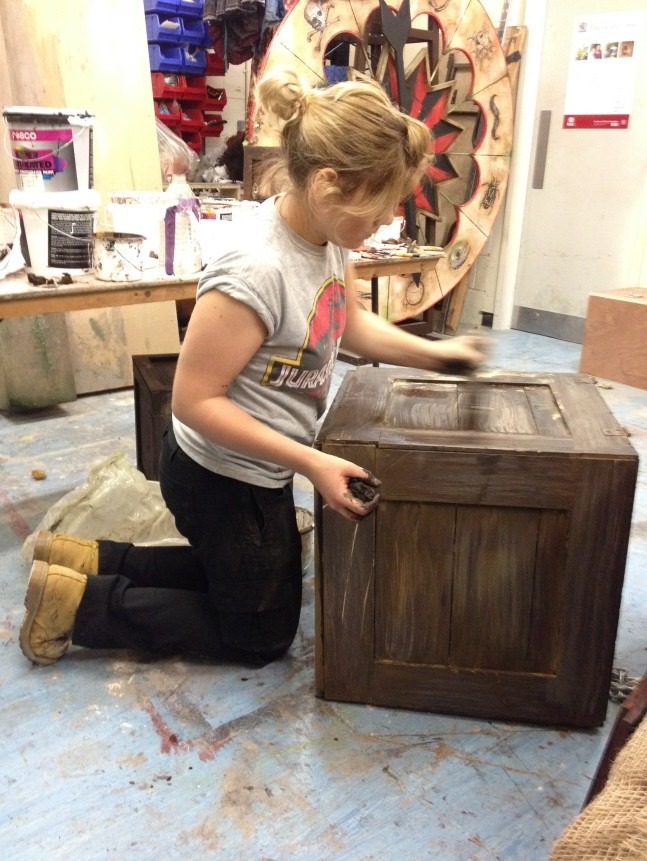 Food! 8 packets of biscuits were consumed by the team throughout the Halloween install – whoops!

Do you carve pumpkins for your Halloween display?
Yes, we carved over 350 between three of us over a couple of days! 20 cans of expanding foam were used to keep the numerous pumpkins in place around the venue.

What is your key ingredient for the Halloween install?
A whopping 2 gallons of silicone was used to create 42 slugs which were hidden around the building.  Talking of silicone; one prop made from silicone for the poison box looked so rude it could not be used!

Looking for a unique venue for your winter party? The London Dungeon has limited availability in this season but is still available on 3rd, 5th, 6th or 8th November for your Halloween party.

This blog was written by Rebecca Thomas on 27th October 2014