The Darker Side of London

Halloween is one of my favourite times of year. It marks the beginning of winter and the countdown to Christmas, and is a great excuse to dress up, catch up with friends, and do something a little out of the ordinary. This year I thought it would be the perfect time to delve into London’s history, and do some of the fun tourist things which I have always wanted to do. I decided to turn my back on dressing up and the usual Halloween party scene and explored some of the spookier places in London! If you are interested in the spirit world and London’s darker side of history, take inspiration from my Halloween weekend and add these on to your to-do list. 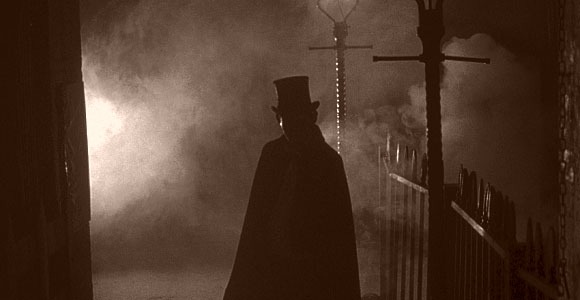 1. Buy a book about witchcraft from the ghostly owner of The Atlantis Bookshop

This occult bookshop in Bloomsbury was founded in 1922, specialising in books on magic, ghosts and spiritualism. It is said to be haunted by the shop’s original owner, Michael Houghton, with its current owners claiming to have seen his tall figure dressed in grey clothing, walking towards the back door. 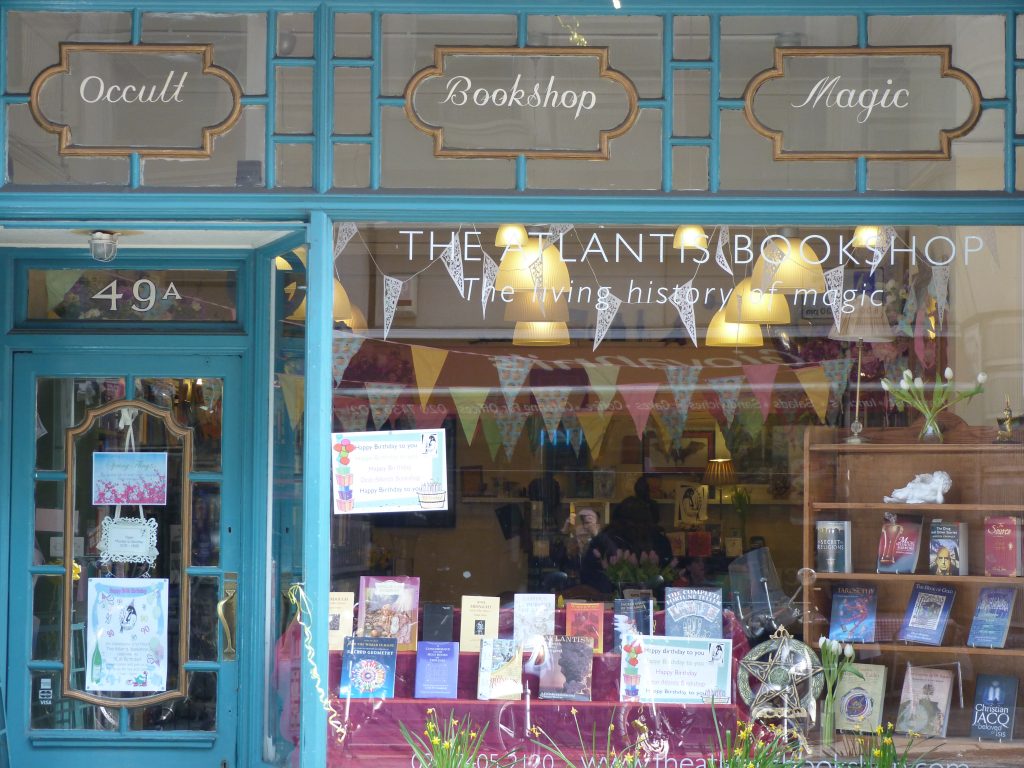 2. Visit the most haunted house in London

Back in the Victorian times, 50 Berkeley Square was known as the most haunted house in London. Several deaths were attributed to the house after people spent the night in the attic bedroom which is supposedly haunted by a spirit of a young woman who committed suicide.
From 1770 to 1827 it was the home of British Prime Minister George Canning, and the first ghostly happenings were reported by him who claimed to have heard strange noises and have experienced psychic phenomena whilst living there.
After George Canning, the house was bought by a Mr. Myers who was jilted at the altar and became a recluse, only leaving the tiny attic bedroom at night to walk by candlelight and is said to have gone mad. Following his death, there have been many more strange deaths associated with the house. These include the death of a maidservant, and of Captain Kentfield who was found dead with his face twisted in terror having tried to spend a night in the attic room. In 1887, two sailors from HMS Penelope broke into the empty house and one was said to have died in rather mysterious circumstances shortly afterwards, and the other claims to have seen the ghost of Mr. Myers, approaching them aggressively in the night. Since 1938, the building has been occupied by Maggs Bros, an antiquarian book dealer and no phenomena have been reported since so the haunting happenings remain a mystery.

For a haunting read, Lord Lytton, who reportedly spend a night in the house is said to have based the story “The Haunted and the Haunters” on the spooky happenings at 50 Berkeley Square! 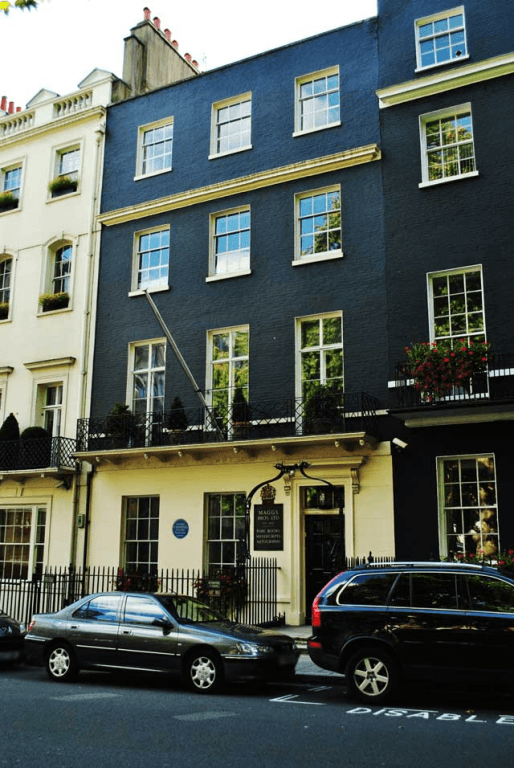 3. Explore gory royal history in the Tower of London

The Tower of London was founded in 1066 and served as a prison for those who had committed treason or fallen from favor. Punishment was harsh, and prisoners were tortured behind the great walls that modern Londoners walk past on a daily basis. And the most well-known prisoners, Anne Boleyn and Lady Jane Grey, were beheaded within the tower walls.
In their despair, prisoners inscribed illustrations and graffiti on to the tower walls which are still visible today. William Rame carved: “There is a time for all things… and the day of death is better than the day of birth.” on April 2 1559. In1585 Thomas Bawdewin engraved: “As virtue maketh life, so sin causeth death.”
A memorial marks the spot where executions took place, nowadays surrounded by unaware visitors and the tower’s ravens. 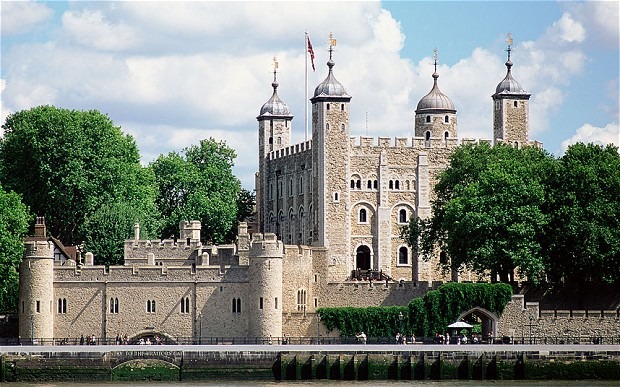 4. Step back in time and drink in an original Victorian Gin Palace

Holburn is home to the Samuel Smiths pub The Princess Louise, a Grade II-Listed pub. Built in 1872, it is named after Queen Victoria’s fourth daughter, Princess Louise, and is one of the finest remaining examples of a Victorian Gin Palace in London today. The pub has a beautiful interior dating from the 19th century with tiling by W.B. Simpson of Clapham. Definitely worth a visit! 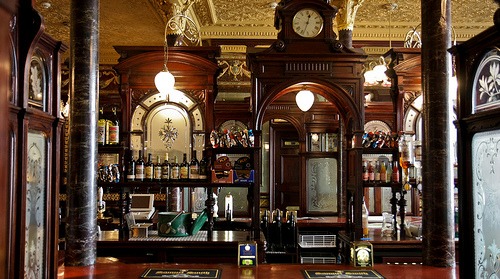 The most haunted square in London, legend has it that Lady Hatton sold her soul to the devil and eventually a hooded figure showed up to her Annual Winter Ball to call in her debt. She was said to be led out of and a piercing scream was heard. Her body was later found torn limb from limb, and her heart was said to be still pumping blood out into the yard. 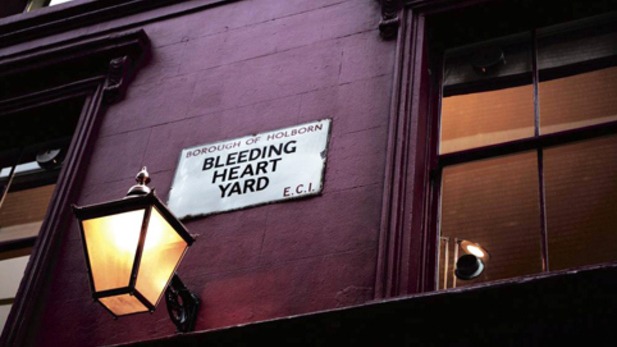 6. Have drinks at the nearby pub The Rising Sun

One of London’s most haunted pubs; legend has it that Victorian body snatchers once drank in the Rising Sun before going on bodysnatching raids to nearby St Bartholomew’s Hospital. Some say that they would drug pub regulars and and later murder them to sell their bodies to the hospital for medical research.
When I visited this pub I felt a really eerie presence on the stairs and on the landing, and when I read up on it afterwards apparently other people have felt this too on the stairs!
Various ghosts are said to haunt the premises, and a nearby plague pit, with employees who lived above the pub reportedly feeling their duvets being pulled off them in the night! 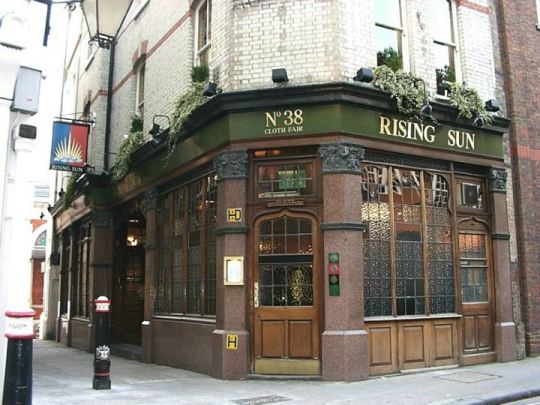 7. Take a guided tour around the streets of East London on a Jack The Ripper tour

For over 100 years following the events of London’s most notorious serial killer, detectives have struggled to finally put a name to Jack the Ripper. Every year it seems a new suspect gets thrown into the mix. A royal prince, a failed barrister, a polish Jew, the boyfriend of one of the victims, and even a mad doctor have been a few of the ongoing suspects emerging in a never ending game of hunt the ripper. Whether those gruesome murders of the prostitutes of the Victorian night were freak occurrences or linked together, his identity will remain forever hidden in the shadows of the Victorian night.

There are several companies that offer a tour of the streets where the ripper struck and where I went on a The Jack the Ripper Tour which uses a handheld projector to bring the history to life as you walk the streets! 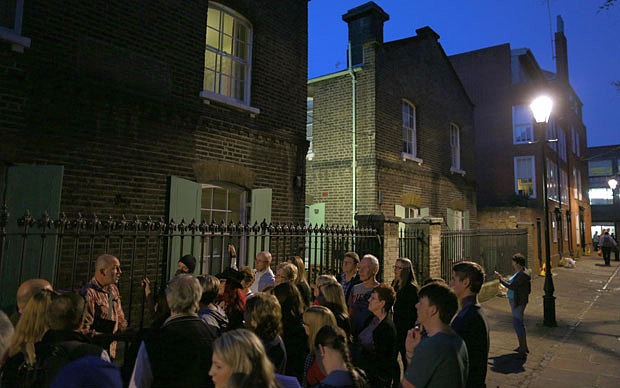 8. Follow the tour with a drink in The Ten Bells

The Ten Bells pub is widely known for its association with the Jack the Ripper murders; Annie Chapman was said to have drunk at the pub shortly before she was murdered and it has been suggested that the pavement outside of the pub was where Mary Kelly picked up clients.
Don’t mention your interest in the famous ripper when you are in their as the current residents don’t take kindly to the association. This is due to the fact that between 1976 and 1988 the public house was named “The Jack the Ripper” and memorabilia relating to the case was available. The brewery ordered the change back to its original name after a long campaign by ‘Reclaim the Night’ who demanded that a murderer should not be commemorated in such a fashion.
The original site stood on 12 Red Lion Street, just a few metres away. However, when this building was pulled down as part of the cutting of Commercial Street in 1851 and the owners of the Ten Bells (Truman Hanbury Buxton & Co) moved it to its current location. Nowadays it is great example of a Victorian pub and the faded signage above the door is the original! 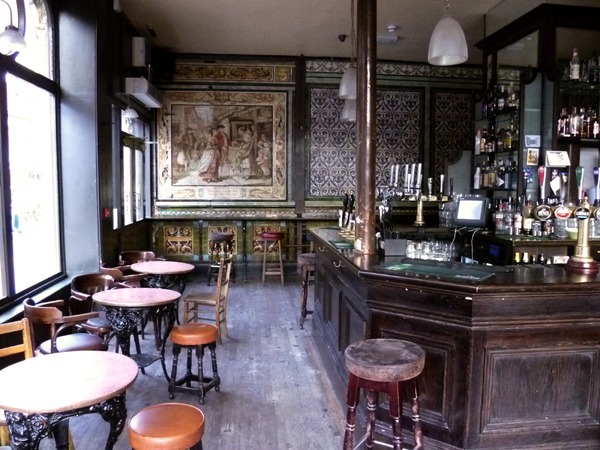 9. Take a light hearted tour of London’s gruesome past at the London Dungeons

For all the history wrapped up in one great tour, visit the London Dungeons which will take you on a journey through the ages with its actor-led tour. It suits all the family, and bases its shows on history and legend alike, with characters such as Sweeney Todd and Mrs Lovett! If you would prefer a laugh rather than a scare this is the destination for you. 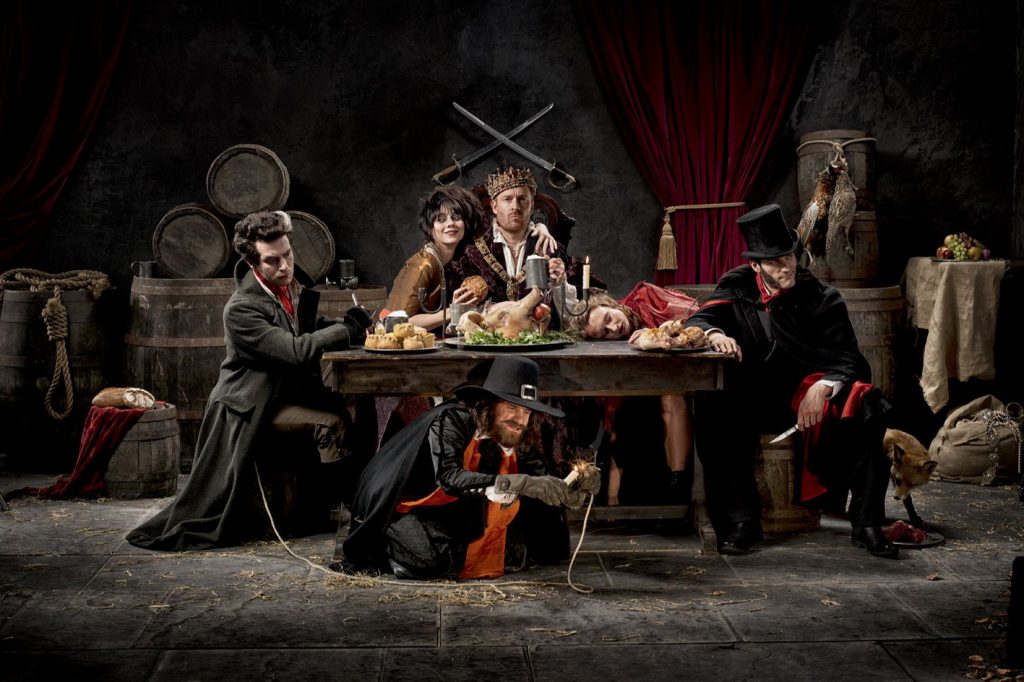 10. Finish the night with a drink in London’s most haunted pub

The Grenadier in Belgravia is reportedly one of London’s most haunted pubs. Situated on a private mews, the pub was used as an officers’ mess during the Napoleonic Wars, with the cellar acting as a drinking and gambling den for the lower-ranking soldiers. Legend has it a card-playing junior soldier was beaten to death and subsequently returned to haunt the establishment. Customers have reported chills in the bar, and one former policeman reported seeing a cigar smoking itself in mid-air beside him! A crucifix has now been installed cellar to ward off bad spirits, but despite this they continue to be reported. Order a strong drink and brave the cellar if you dare! 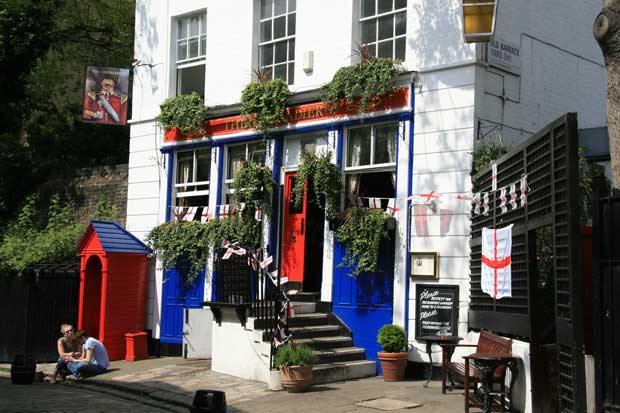