8 Ways to Supercharge Your Event Marketing With Social Media 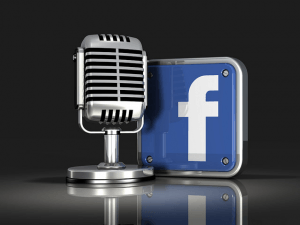 Organising an event can be a big undertaking, but it’s only half of the challenge. Once the venue is booked, it’s time to spread the word and garner interest from your target audience. Then, of course, there’s the small matter of actually selling tickets. So how can social media help with event marketing?

If you’re already using the likes of LinkedIn, Facebook, Twitter or Instagram, we don’t need to tell you that social media can be a very chaotic and distracting place. But as a huge and diverse marketing platform, it’s well worth the effort – especially for events. Here’s how to use social media to dazzling effect.

Don’t feel pressured to utilise every social media platform out there. Your choice of social network depends on your event type and target audience, so limit yourself to a handful and focus on quality over quantity.

To stand out on social media, your content should be clear and concise. A planned approach is crucial, so plot your strategy beforehand and use platforms such as Hootsuite and SproutSocial to schedule your updates.

Teasers pique your audience’s interest and build their enthusiasm via video content. When creating your teaser, think along the lines of movie trailers – beginning with a short taster before unleashing a full event preview. Sherlocked – the official Sherlock Convention – are a great example here. They asked their audience to reserve a date (a move which generated thousands of retweets and shares before the event was even announced!) before releasing this teaser.

Empower delegates, speakers and attendees to promote your event via social media with a suite of assets – including professionally designed cover images, profile pictures and even a unique event hashtag. This will strengthen your social media presence via the power of branding.

5. Don’t be shy of paid advertising

If your social media profiles are still in their infancy, it’s likely that your following will be small and limited. Instead of growing disheartened, recognise this shortfall and build your networks via targeted adverts. Facebook ads are a prime example: they allow you to pinpoint users by a wide range of qualifiers including location, age and occupation. Twitter’s Auto Amplify tool is very effective too – just take a look at how Wimbledon 2015 used it to brilliant effect.

What are people saying about your event? Is there a ‘buzz’ on social media? Software such as Tweetwally and Topsy allow you to listen to relevant tweets in real-time, so you can watch and participate in the conversation.

Promoting your event isn’t all about short-term gain. Garner interest in your next event by live streaming via the likes of Periscope. Alternatively, create a timelapse or highlights reel video after the event, which will become part of your marketing suite for the next round of promotions.

8. Ensure your event has WiFi

Attendees will create their own social content while at your event, as long as they have the means to do so – so make sure your venue has a fast WiFi connection. You could even track live chatter via the likes of Tweetwall.

Once your event is set up on social media, send us a tweet!