Fear is a funny thing 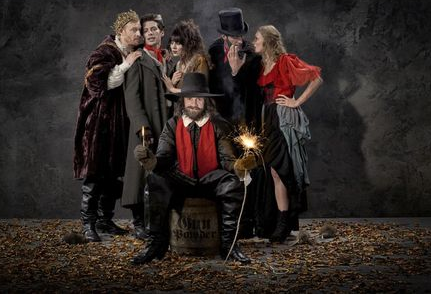 After nearly 40 years The London Dungeon has left Tooley Street and moved to a brand new site next to the EDF energy London Eye and SEA LIFE London Aquarium.

Guests were greeted by a singing jester and Dungeon actors on arrival and entertained by a mix of Victorian inspired entertainment including a silhouette artist, fortune teller, an Accordian and Fiddle players as well as a singalong piano player and upright piano in the Ten Bells pub.

X Factor contestants, The Risk, surprised guests with a 20 minute set including a rendition of Michael Jackson’s ‘Thriller’.

The brand new London Dungeon is a feast for your senses, and scary fun, see what the TV stars including former ‘the Only Way is Essex’ star and TV and film legend Brian Blessed had to say here.

It is a fear of the unknown that scares us, but tell us do you think being scared can be fun? We think so – fear is a funny thing!

Merlin Events London will be hosting the first event showcase evening on Wednesday 20th March 2013, connect with us on LinkedIn to ensure you are invited to the eagerly anticipated event launch party and the first to hear about our special offers and promotions.